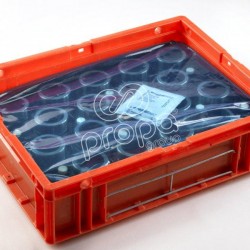 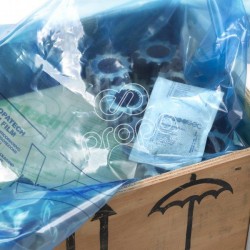 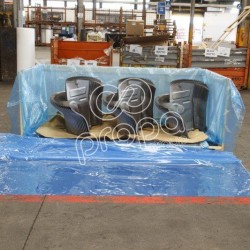 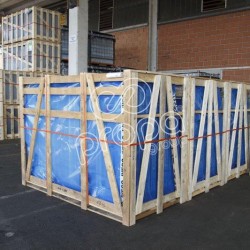 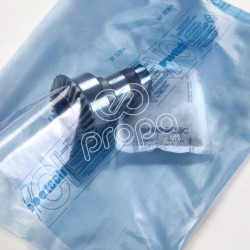 The 3 layers of film have the function of:
• Inner layer: guaranteeing immediate protection of the items to be safeguarded.
• Middle layer: acting as a PROPATECH VCI molecule tank for long term protection. This layer comes into action only after the inner layer has been consumed.
• Outer layer: acting as a barrier to the atmospheric agents and as protective action containment as well. This layer prevents the PROPATECH VCI molecules from being dispersed to the exterior, guaranteeing that 100% of the protective effectiveness is developed inside the packaging.

CERTIFICATIONS AND REGULATIONS
PROPATECH VCI FILMS is certified according to TRGS 615 standard.

This site uses cookies (including third-party cookies) on this site (1) for technical and functional purposes; (2) for statistical purposes, to understand how you use the site; and (3) to show you advertising tailored to your preferences. For more information, click here. Click on "Accept" to accept all types of cookies. Alternatively, you can opt-out of the type of cookies you do not want to be recorded.