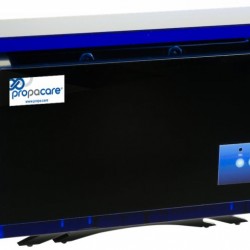 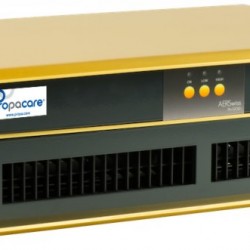 THE IONIZATION THAT KILLS VIRUSES AND BACTERIA... USABLE EVEN IN THE PRESENCE OF PEOPLE SINCE WITHOUT OZONE!

Never as in recent times we are realizing the absolute need to live environments where the possible presence of viruses and bacteria, that can be found in the air we breathe or in the surfaces we touch, is minimized, thus limiting the possibility to contaminate us, even if unwittingly. We know that there are other devices with different technolgies capable of sanitizing the air at home and in the workplaces but, until now, the absence of people in the environments has always been required. Our appliances, on the other hand, can be used in museums because, unlike most air purifiers, they do not produce ozone, which is seriously harmful to the artworks.

The Eco-Bionizers that we offer are part of Propagroup's new Propacare program and present highly innovative aspects that take inspiration and successfully imitate the processes used by Nature to regenerate the environment in a completely natural way. 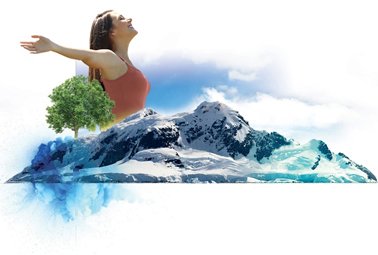 Air ionization, present in Nature, in some cases, as during thunderstorms, occurs by creating large quantities of negative ions and ozone. The presence of these two elements means that the air has significant sanitizing properties but, so charged, it cannot and must not be breathed for a long time. In fact, in nature, thunderstorms have a short duration and, after that, the air stabilizes and rebalances after having sanitized in a short time.

A waterfall, on the other hand, also creates an ionization process but, in this case, balanced. It does not impose limits on the enjoyment time and is absolutely indicated to increase the well-being of people, animals and plants. If the waterfall is located in a green forest, it can also  have the perceptible energy recharge function of those who are nearby.

Precisely this aspect just described is the principle that guided us towards the realization of our bipolar Eco-Bionizers which prerogative is to emit clusters of positive and negative ions capable of incorporating viruses and bacteria. Once incorporated, these are deactivated and precipitated, if "caught" in the air, or they can be deactivated directly on the surfaces when the clusters settle, incorporating and deactivating viruses and bacteria. All this occurs without ozone emission and with a natural balance between the positive and negative ions, thus making the air perfectly breathable, as if  you were in a forest near a waterfall !!!

The bipolar clusters emitted by our Eco-Bionizers are also able to effectively reduce the environmental pollutants present in the air. Therefore they not only eliminate viruses and bacteria, but also  clean up by common environmental pollutants (also called VOC Volatile Organic Compound) the air of the spaces where they operate, making it healthier and more breathable.

THE 4 FONCTIONS OF OUR ECO BIONIZER

Our devices also have a filtering system that allows you to collect solid particles suspended in the air with a diameter of up to 0.1 microns.

The Sols technology with which our Eco-Bionizers are provided, helps to break down and destroy allergens, harmful gases, bacteria and viruses present in the air, effectively purifying it. It also reduces unpleasant odors and VOC which are neutralized, regenerating the air.

The result of decades of studies and innovative research in the field of air ionization, the Sols technology with which are equipped our devices, simultaneously generates negative and positive ions in a very precise ratio, thus making the natural environments healthy and bionomic.This patented Swiss technology precisely controls the ion ratio for maximum benefit, in safety,  for the people, animals and plants that inhabit the environment. In addition, with our bipolar controlled ionization system, you can measure more than 250.000 ions at a distance of 2 meters from the device, target that no other ionizer has ever been able to reach until now.

The key to the energization of the environment that our Eco-Bionizers provide, in addition to the ionisation described above, is the Bionomic internal Core developed in Switzerland through a long scientific research path in the Bionomic field. This core increases the natural environmental energy produced by the unit, thus contributing to raising the natural beneficial impact produced by technology. Sols technologies help to create a field of natural ambient energy (NAE) in environments via a superfine vibration, which flows in a coherent harmonious state.

Utilizes proprietary carbon fiber electrodes to create the highest concentration of bipolar ions, which replicate the air most often found in healthy natural environments – mountains, forests, near waterfalls and by the sea.

Operates quietly, at volumes somewhere between whisper and sound level what you may experience while at a library. It is also 30-50% quieter than a standard air conditioning unit.

Extremely durable and will work little to no maintenance. All you need to do is periodically change the easy to switch internal filters.

Effectively works for many years or even decades with little to no maintenance.

The Eco-Bionizers Propacare do not generate ozone, and maintain a consistent level of bipolar ionization in the air.